Deppon keeps innovating to immediately follow clients' requirements. Insisting on enlarging service network by opening retail stores and cooperating with business partners, Deppon optimizes routes and minimizes transportation cost to provide clients with efficient, timely and reliable services. As of December 2016, Deppon has over 10000 standardized retail stores across the country, covering 34 province-level administrative regions of China with transfer centers of over 1,300,000 square meters. Meanwhile, international routes to Korea, Japan, Thailand, Singapore, Malaysia and Vietnam have been opened, with a workforce exceeding 120,000 employees around the globe.

Deppon is a leader in the logistics industry due to its standardized services. The unified vehicle, retail, staff image and standardized operations give you a clear picture of Deppon's consistent and professional services.

According to the different demands of our wide range of clients, by means of customized innovation, Deppon provides clients of all industries with value-added services including collect on delivery, returning receipt, value-insured transportation, safe packing and custodial services.

Deppon has invested more than 600 million yuan since 2014 in Deppon's specialized management system of informatization. So far, Deppon has developed 79 IT systems, 5 development platforms and 45 IT projects. Deppon will continue to increase investment in IT and combine logistics with technology.

Deppon was the first in the industry to start on-campus recruitment. Deppon has employed over 100,000 fresh graduates with bachelor's degrees, master's degrees and doctorates since 2005. Deppon won the "China Annual Best Employer Award" each year from 2012 to 2015.

Deppon provides an open and transparent competing platform for qualified people. Deppon has a unique talent training selection system which takes personal ability as the core and is just, fair and open.

Deppon keeps optimizing performance appraisal to enable the better performers to have more resources and thus encourage employees to focus on improving the client's service experience.

Deppon gathers global wisdom in order to become a professional logistics company. Since 2011, Deppon has invested over 500 million yuan in famous consulting firms such as IBM, McKinsey, Accenture, Mercer and Bain. They have given advice and suggestions on management systems, new business studies, informatization construction, process management and cost control to optimize the development of Deppon.

Deppon Express signed a cooperation agreement with CBA and became its official sponsor.

Deppon started its storage and supply chain business which marked another key step towards achieving a comprehensive logistics service.

Deppon adopted a "business partner" strategy and the number of the partners exceeded 1000 within half a year.

Deppon optimized its service network structure through customized SNOW and NOAH model systems, which were used in route optimization, site planning and selection.

Deppon was successfully selected as one of the "Global Growth Companies" of Davos Forum because of above average benefit growth, innovative business models and excellent performance in undertaking the responsibility of global corporate citizenship.

Deppon employed a total of 7,400 graduates with Bachelor's degrees, 739 with Master's degrees and 15 with Doctorates through on-campus recruitment. Deppon had competitive talent advantages over other players in the industry which cannot be rivalled.

The number of Deppon stations surpassed 5,000.

Deppon Express Delivery was launched in cooperation with McKinsey. The business income exceeded 50 million yuan within just one year.

Deppon successfully developed its operation system 4.0 — a FOSS system which had independent intellectual property rights. It could support business operation of up to 800,000 consignments and 5,000,000 pieces of cargo per day.

Deppon cooperated with IBM on the "Leadership and Ability System" project, exporting the most effective leadership model in the industry and optimizing its selection and professional talent certification systems.

Deppon officially started recruitment of doctoral students and founded a postdoctor working station in cooperation with some of the top universities in the country (e.g. Sun Yat-sen University).

The first national junction center — Shundechencun Junction Center - was founded with a cargo platform of 70,000 square meters and throughput of 10,000 tons per day.

Deppon's headquarters was moved to Shanghai, which marked Deppon's transition from a regional company to a national company.

Independently developed information system 3.0 ERP system went online. The operation capability to support 400,000 consignments and 8,000,000 pieces of cargo per month enabled rapid development of the business, which was mainly based on truck freight and supplemented by air freight.

Deppon officially recruited postgraduates and 33 people applied for the job.

Deppon was the first logistics company in the industry to start on-campus recruitment, attracting 235 fresh graduates during the first year. An independent talent cultivating strategy utilized employee talent for the long-term development of the company. The number of cultivated talents remains top in the industry.

Deppon first started its "truck-airline" business, 5 years ahead of competitors. Offering the significant advantages of "speed of air freight and price of truck freight" Deppon's strong position in domestic less-than-truckload transportation was established.

Deppon carried out the first management associate election and 20 managers participated in training. Since then, the senior manager, regional managing director and unit president training have been held by means of the selection system and a continuous number of managerial talents have been sent to Deppon.

Deppon developed information system 2.0 — TIS logistics information management system. Deppon was among the first to achieve cargo tracking functionality in the industry and the system support capability was increased 10 fold.

Deppon signed a contract with the Laoganbu Air Freight Division from China Southern Airlines and opened a new transportation mode of air freight, which had profound influence on the integrated air delivery industry.

The current chairman and president Mr. Cui Weixing formally entered the freight transportation field and founded "Cui Shi Logistics Company" in Guangdong, which was the predecessor of Deppon. 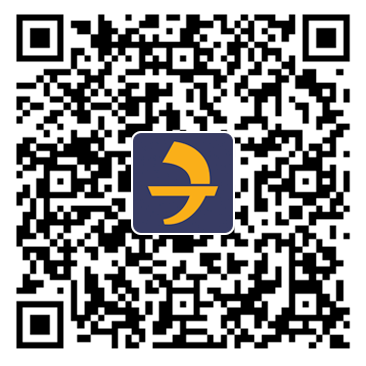 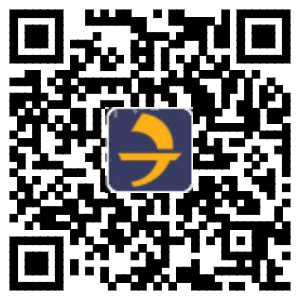